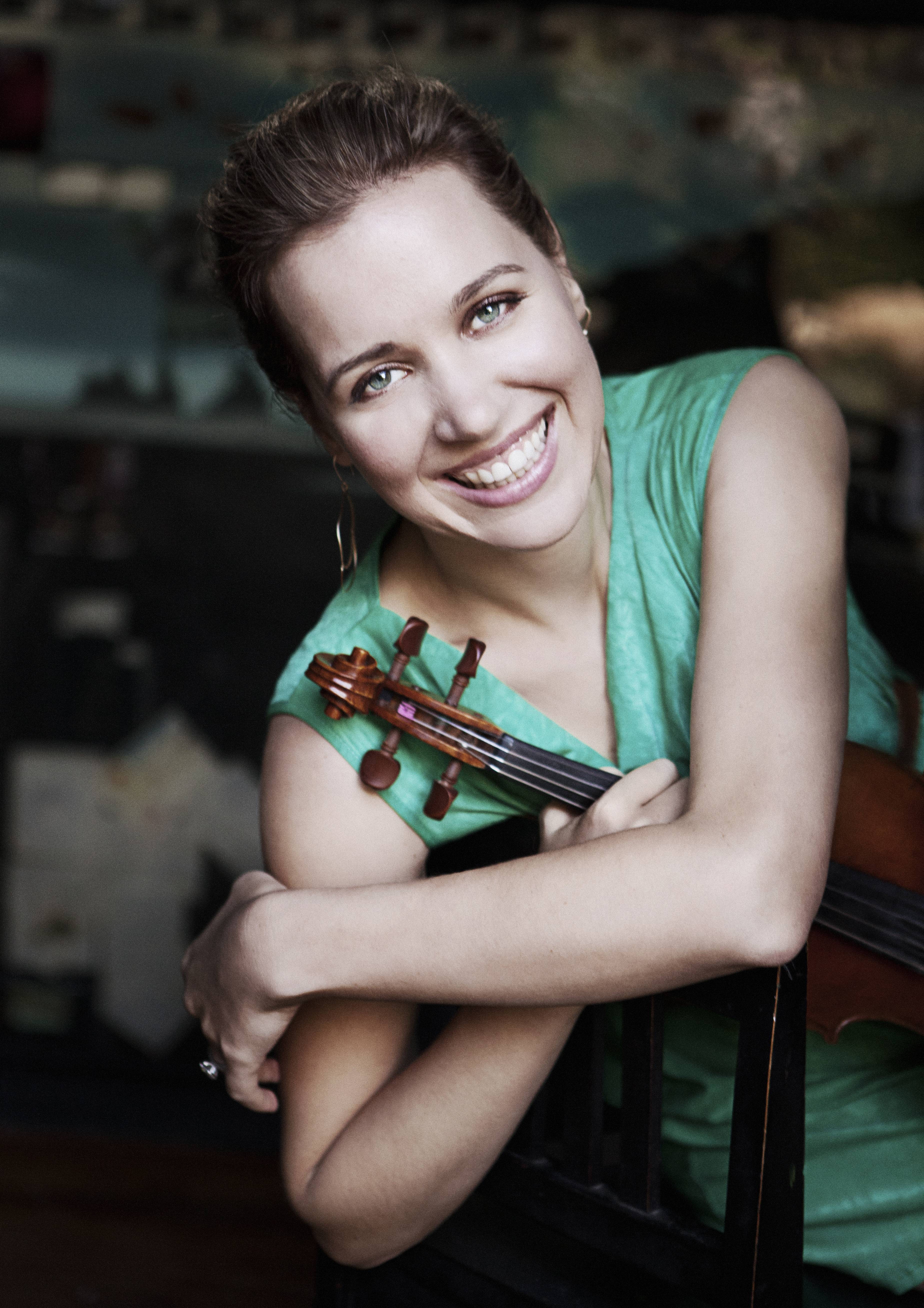 Annaliesa Place, violin, is a passionate performer and educator. She performs across the United States and abroad with various ensembles including the East Coast Chamber Orchestra (ECCO). She is featured on recordings with Absolute Ensemble for Sony Classical, ECCO for EOne Records, and Sting’s album Symphonicities. She is also featured in the 2019 Warner Bros. Movie, Western Stars with Bruce Springsteen. Annaliesa has also performed and recorded with Peter Gabriel, Stevie Wonder, The Roots, Michael Bublé and Paul McCartney, among others.

Ms. Place was featured in the Cleveland Orchestra’s first video conference with Alan Gilbert and was hailed by the Cleveland Plain Dealer as ‘the epitome of poise and intelligence.’ She is the Director of Strings at the Dwight-Englewood School in Englewood, New Jersey where she founded StringJam, a conductor less string orchestra.

As a curriculum consultant and lead teacher for Juilliard’s Global K-12 Programs, Annaliesa teaches at Summer Arts with Juilliard in Geneva, Switzerland. Along with her husband, cellist Diego Garcia, they formed Bowstruck and made their debut on top of Aspen Mountain in June 2014. Ms. Place received a B.M. from Peabody Conservatory of the Johns Hopkins University and a M.M. from The Juilliard School. Her principal teachers have included Vasile Beluska, David Russell, David Updegraff, Victor Danchencko, and Robert Mann. 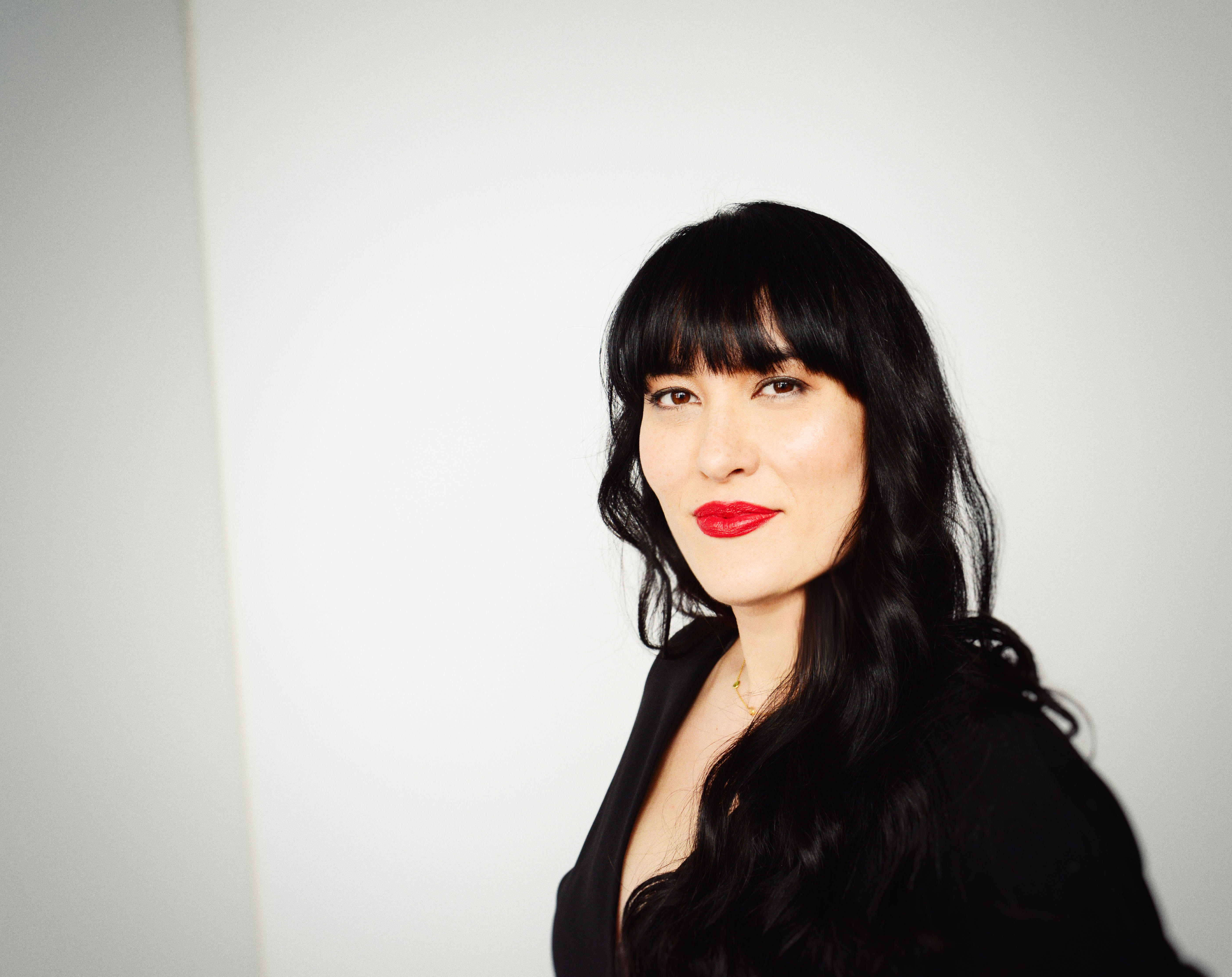 Grammy-nominated violist Melissa Reardon is an internationally renowned performer whose solo and chamber playing spans all musical genres. Melissa is the Artistic Director of the Portland Chamber Music Festival in Portland, ME and a founding member and the Executive Director of the East Coast Chamber Orchestra (ECCO).

As a member of the Ensō String Quartet from 2006 until its final season in 2018, Melissa toured both nationally and internationally, with highlight performances in Sydney, Melbourne, Rio de Janeiro, New York’s Carnegie Hall, and Washington, DC’s Kennedy Center to name a few. Lauded by Classical Voice for her “elegant” and “virtuosic” performances, the Massachusetts-born musician won first prize at the Washington International Competition, and is th only violist to win top prizes in consecutive HAMS International viola competitions.

A sought-after collaborative musician and teacher, Melissa has appeared in numerous festivals across the United States and around the world, and has toured with Yo-Yo Ma’s Silk Road Ensemble, and with Musicians from Marlboro. She held the post of Associate Professor of Viola at East Carolina University from 2007 -2013, and earned degrees from the Curtis Institute of Music and the New England Conservatory. Melissa is married to the cellist Raman Ramakrishnan and they live in NYC with their seven-year-old son Linus. 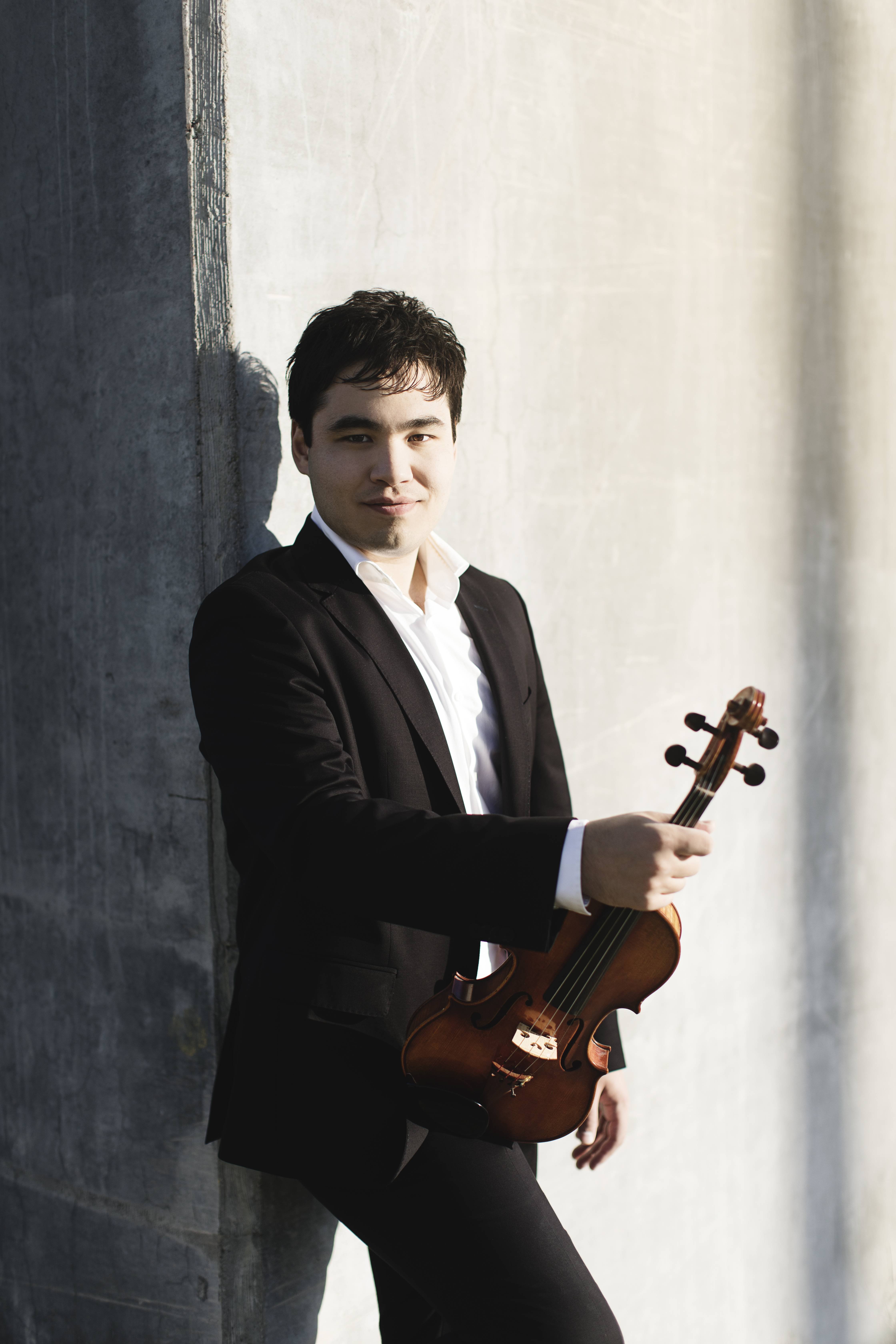 From prestigious concert halls around the world to an Icelandic volcano, virtuoso violinist Eric Silberger’s performances have been described by critics as “spine- tingling...astonishing” (The Guardian), “dazzling virtuoso playing” (The Washington Post), “impeccable level of playing, a wonderful musician” (The Strad). “ ....he has got everything in his favour, technique, composure and personality.” (El Pais, Spain). He is a prize winner of the XIV International Tchaikovsky Competition and the Michael Hill International Violin Competition in 2011.

He has appeared at Lincoln Center, Carnegie Hall, the Kennedy Center, the Louvre in Paris, the Great Hall of the St. Petersburg Philharmonia, The Moscow International House of Music in Russia, Shanghai Grand Theatre in China, Royal Festival Hall in London, Seoul Arts Center in Korea, the National Arts Centre in Canada, and more. Among numerous television and radio appearances in the United States, Asia, and Europe, he was featured on Radio France, STV in China, KBS in Korea, and WQXR, WFYI, FOX 59, WISH-TV, and NPR, among others.

2018-19 highlights include performances with Valery Gergiev and the Mariinsky Orchestra on tour in Russia, a tour in Spain with the Munich Chamber Orchestra, and a performance with the San Francisco Symphony. Highlights of the 2019-2020 season include performances of Tchaikovsky Concerto in Carnegie Hall, Beethoven Concerto in Alaska and Paganini Concerto No. 1 in Wisconsin, a recital playing the three Brahms Sonatas in Berlin, and a concert tour in South Korea.

Eric received a Bachelor of Arts in Political Science from Columbia University and a Master of Music degree from The Juilliard School. Mentors have included Glenn Dicterow, Itzhak Perlman, Pinchas Zukerman, and the late Maestro Lorin Maazel. 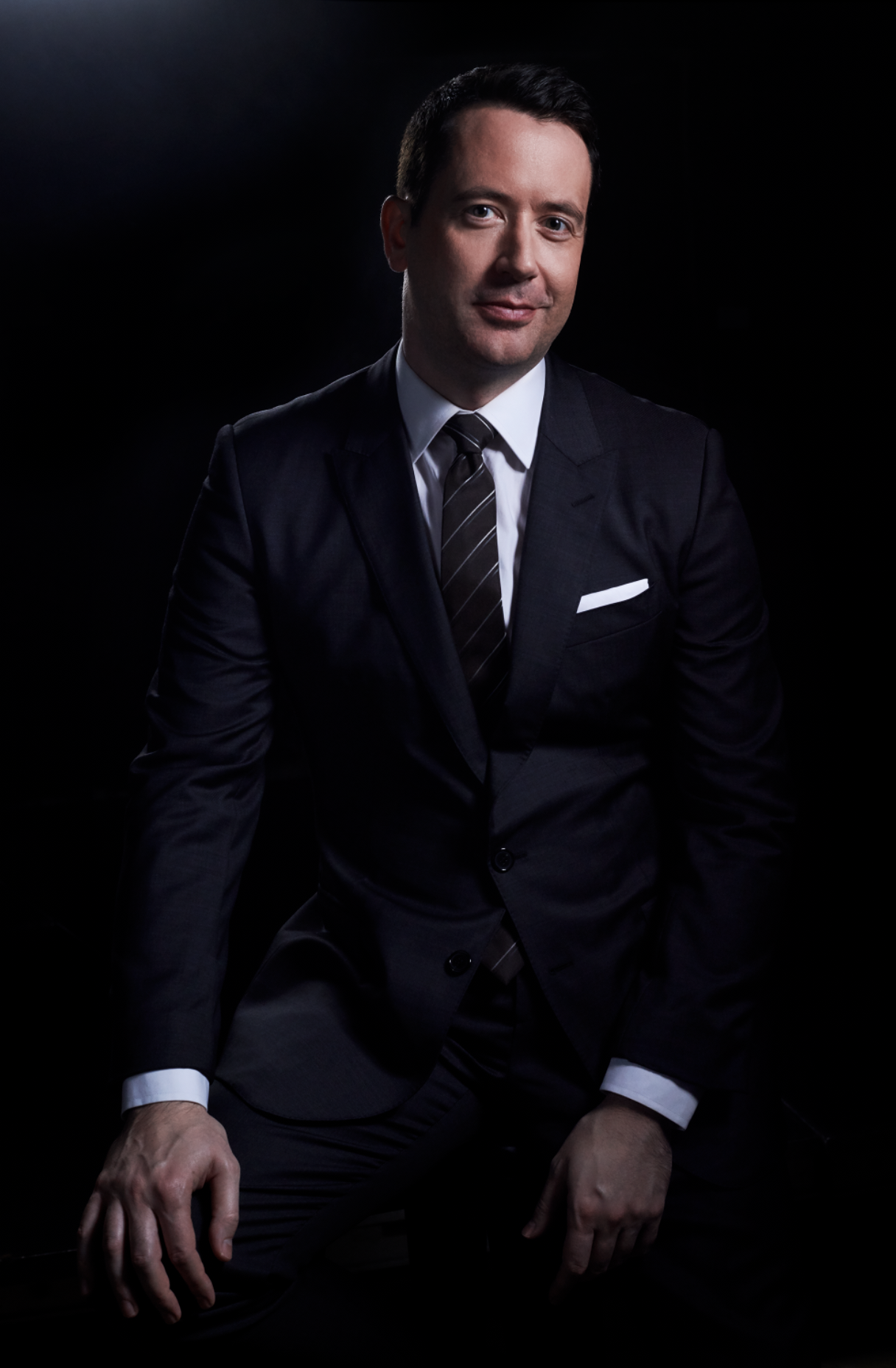 Philip Edward Fisher is recognized widely as a unique performer of refined style and exceptional versatility. He has appeared across his native United Kingdom, Europe, Asia, Africa, and North and South America. His extensive recording credits include a 2-disc set of Handel Keyboard Suites on the Naxos label, while his recent release for Chandos - Piano Works by “The Mighty Handful” - was featured on Classic FM “Album of the Week”, as "CD of the Week" in the London Telegraph, and was shortlisted in the Best Solo Instrumental Album category of the International Classical Music Awards. 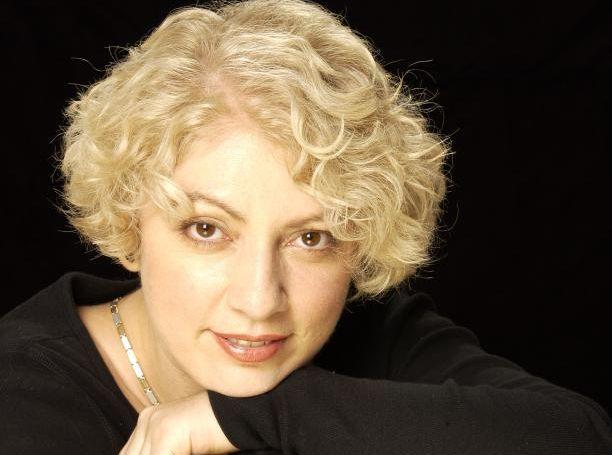 Ms. Zaretsky is the Executive Director of the Chamber Music Society of the Carolinas. She is on the Piano faculty of the Mannes College of Music, The New School University in New York. Ms. Zaretsky is the Artistic co-director of the Phoenix Chamber Music Series in New York City, and a resident pianist of Craftsbury Chamber Players in Vermont. She has been appointed the Artistic Director of the Chamber Music Society of New Paltz, NY. Ms. Zaretsky enjoys a versatile carrier as a performer, composer and teacher. Her performances took her around the world, and her music has been performed in England, Norway, Canada, Australia, Italy , Russia and throughout the United States.

As a pianist and a composer, Ms. Zaretsky collaborated with many notable musicians, such as the Miro, Enso, Jasper and Cassat String Quartets, Kent/Blossom Festival Orchestra, Lincoln Center Chamber Music II, Chamber Music Series of the St. Lukes Orchestra, musicians of the Boston, Chicago, and Orpheus Orchestras, members of the Metropolitan Opera and many others.

There were premiers of several commissions in the last season – ‘Muted Gestures’ , a sextet for piano four hands and a string quartet, which had its world premiere at the Swannanoa Chamber Music festival and its NY premier at Symphony Space; ‘Cloud,Castle,Lake’ – for violin and piano for Aurea Ensemble in RD, and Arbor Music Series at Symphony Space in NY. A world premiere of ‘Travelries’ for piano trio was performed at the opening concert of the Chamber Music Society of the Carolinas by the Horszowski Piano Trio. Born in Russia, Ms. Zaretsky studied piano with Richard Goode and composition with Robert Cuckson at the Mannes College of Music in New York. 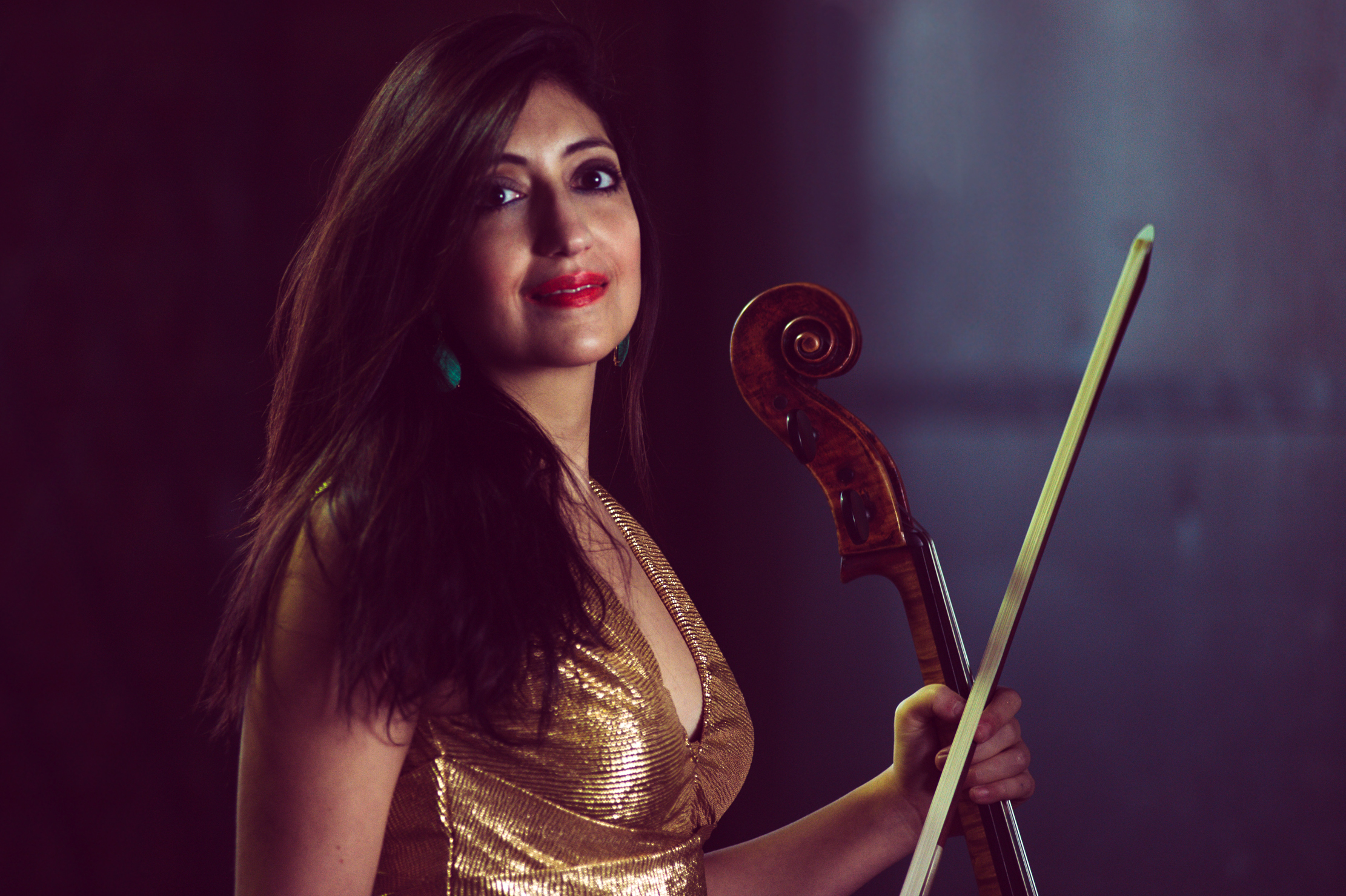 Hailed by the Los Angeles Times as “representing the young, up-and-coming generation,” and a “superb cellist with a large, expressive, singing tone, passionate musicianship, and magnificent playing” by the Journal Tribune, Armenian-American cellist Ani Kalayjian enjoys a prolific career as a soloist, chamber musician, music career speaker and coach, contractor, and educator that has taken her to Japan, Australia, Canada, the Middle East, and throughout Europe and the United States.

Newly appointed Artistic Director at the Woman's Club of Englewood, Ani’s chamber music series, Carriage House Concerts has brought incredible performers to the Bergen county community, partnered with local educational institutions to give young children the platform to open up for our artists and experience great live music, and take artists directly into the community to play outreach for patients at the Englewood Hospital, residents at The Southeast Senior Center, The Bergen Family Center, and... She has also been recently appointed as Co-Artistic Director of LYRICA Chamber Music Series in Chatham, NJ and performed all over Jordan with Oberlin College, return visits to American University of Beirut, and AGBU Sao Paolo.

One of Ani’s missions both at home in the US & on her travels is to give back in the form of outreach performances in communities that would otherwise not be able to access classical music. She has performed in hospitals, nursing homes, schools, colleges, non profit organizations, and in refugee camps, both in the US and abroad, and believes music should be made accessible for all. During her time in the Middle East, Ani gave outreach performances to underserved communities at St. Jude's Children's Hospital, Insan School for Iraqi & Syrian refugee children, Byblos Birds’ Nest Armenian orphanage, Karageusian Foundation, and in the Syrian refugee camps. She has taken Oberlin college students all over Jordan to perform for children in schools. She believes, through music, we can connect our community through the arts.

A passionate teaching artist, Ani is the Head of the Cello department at the Elisabeth Morrow School and on faculty at Dwight-Englewood School in Englewood, New Jersey and enjoys giving masterclasses to musicians around the country, such as Brandeis University, Wellesley College, La Jolla, and University of Washington. She has also been on faculty at the Horace Mann School. By inspiring & educating the next generation, she believes children will be the audiences of the future and that music is truly the universal language that connects us all, regardless of age, gender, or race.

- Listing in all 3 of our concert programs per season

Concert Program Ads
Please print & include this form with payment.

Connecting Community Through the Arts 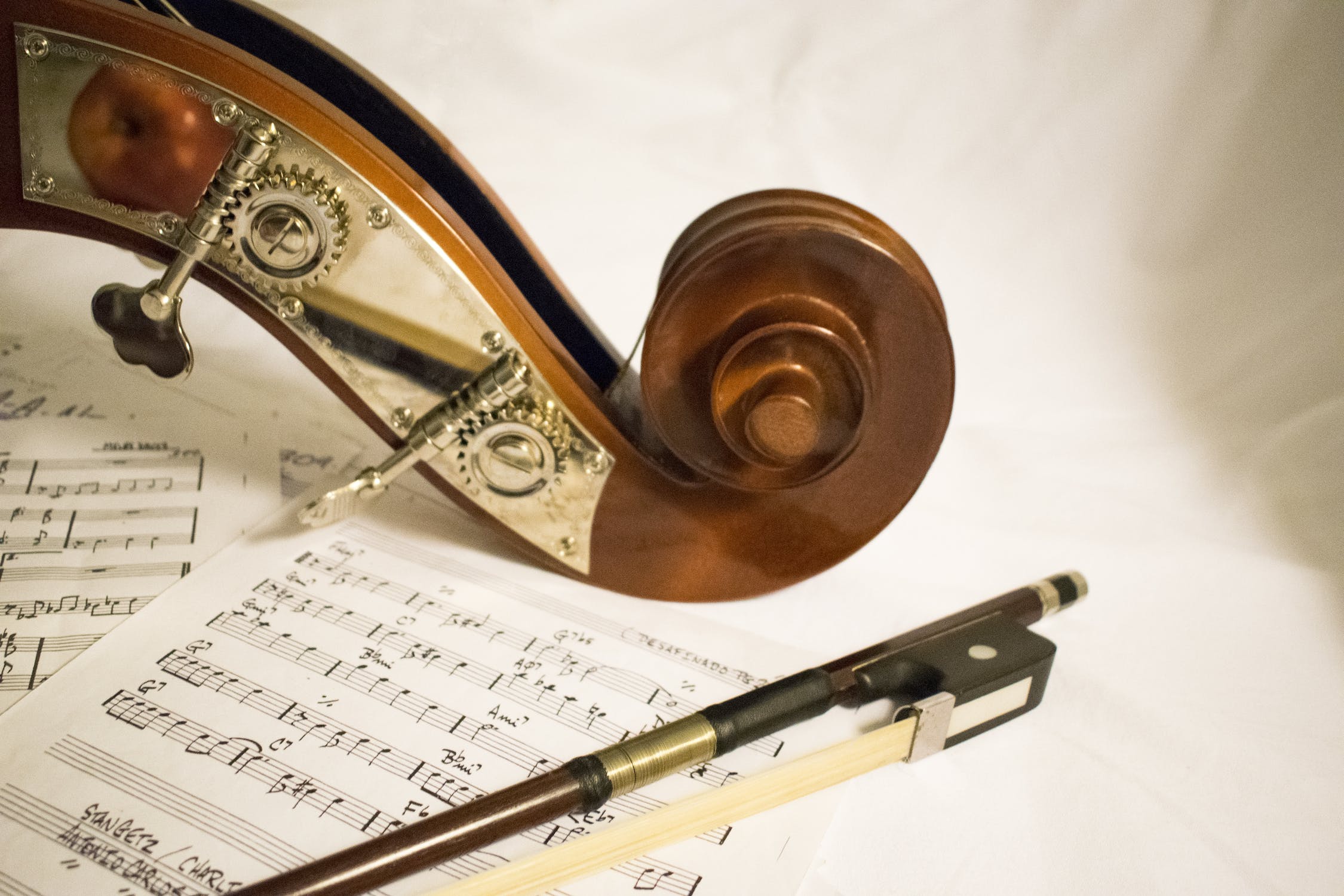 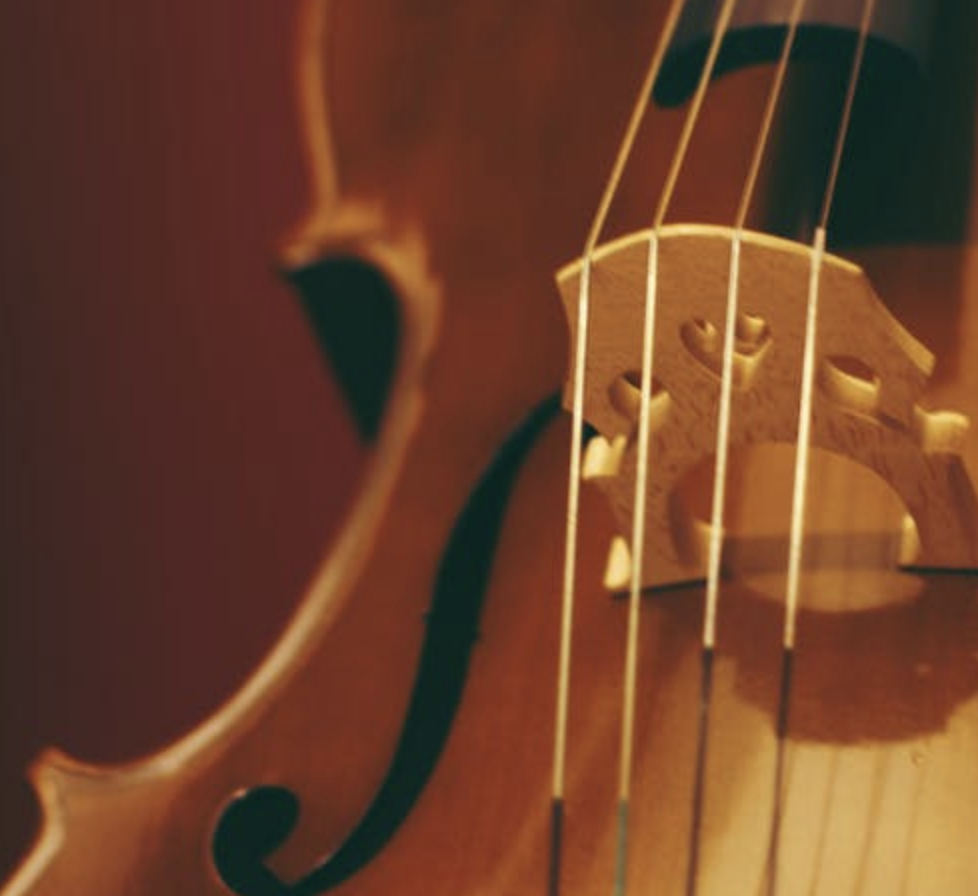 For as long as I can remember, I’ve always had a dream to start my own neighborhood concert series.

I envisioned creating an interactive concert experience that brought incredible performers to the Bergen County Community. With that, I wanted to create a partnership with local educational institutions to give young children the platform to open up for our artists and experience great live music. Additionally, we would take our artists directly into the community to play outreach for patients at Englewood Hospital, residents at The Southeast Senior Center, The Bergen Family Center, and other non-profit organizations. Connecting the Englewood community through the arts would enable the gift of music to be accessible for all, regardless of age, gender, or race.

With the support of the Woman’s Club of Englewood as its home, Carriage House Concerts was born. We are now approaching our second season and I would like to convey my deep gratitude for your continuous support in helping me bring this idea to life.

This is our most significant fundraiser to date. To ensure that Carriage House Concerts can grow and thrive for our community and continue to keep presenting these amazing concerts, we hope you will consider partnering with us by making a tax-deductible gift in the form of a donation. It is because of friends like you that Carriage House Concerts can have the immense impact it does on our community. Your generosity benefits our community tremendously and your business will be recognized as a contributor in our Program. Please respond with the enclosed donation form

We invite you to be an integral part of Carriage House Concert's future!

Many thanks for your support,